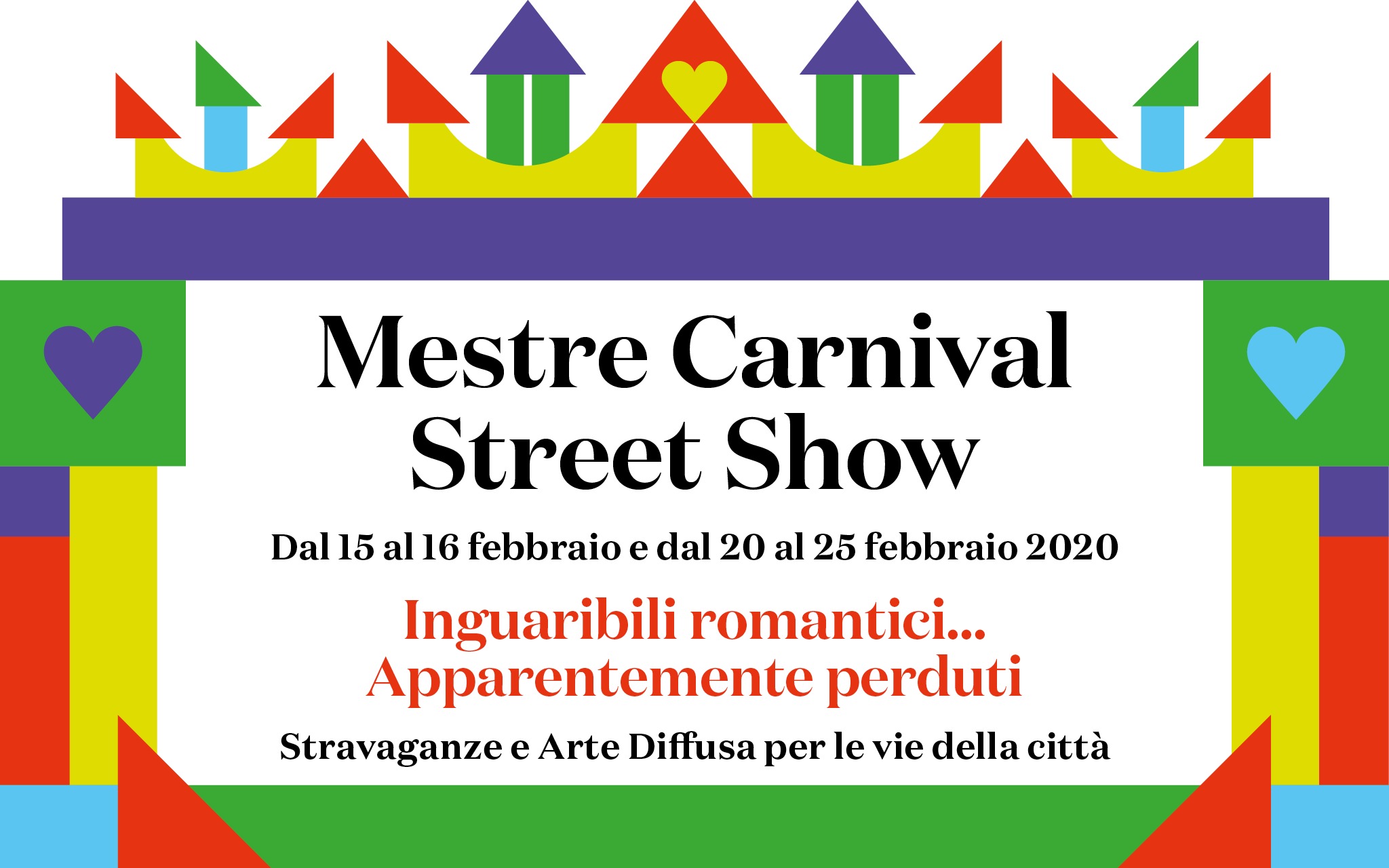 This event will not be held on February 24th and 25th.

INCURABLE LOVERS… APPARENTLY LOST
Extravagances and art around the city

The Concerts, shows and art’s kermesse in Ferreto Square and around the streets of Mestre officially will start the 9th Februaru with the GRAND OPENING show. An incredible parade, curated by Wavents, realized by the artists of the water show in Rio of Cannaregio, will be the day’s protagonist
Sunday 9th February, the kermesse of concerts, exhibitions and art will start in Piazza Ferretto and around the streets of Mestre.
The MESTRE CARNIVAL STREET SHOW will be develop in two big appointments: the 15th and 16th February, and will continue in the Carnival principal week from the 20th and 25th February.

70 companies, 300 artists and 150 shows in 8 days of programming for an incredible MESTRE CARNIVAL STREET SHOW presented by Susi Danesin and Vasco Mirandola.
On the STAGE of Piazza Ferretto, everyday, some different artists will present extraordinary concerts and exhibitions of every genres like tip tap, circus, theatre, from the rock band to the string quartet.

The SFILATA DELLA MASCHERINA (mask’s parade) will animate the stage for children (but not only), everyday at 5pm, accompanied by funny games and gag of the two crazy presenters.
Inscriptions everyday between the 4pm and 5pm.

After the big success of the past edition, will return in Piazza Ferretto and in via Palazzo the PLAYGROUNDs dedicated to funny and particular games that inspire the fantasy of adult and children: the extraordinary games with recycling materials of the spanish Guixot de 8, Nuvoletta Giochi and Tana dei Tarly with the games of the past.

Unmissable event, Saturday 15th February at 4pm, the FESTIVAL SHOW transforms the Stage of Piazza Ferretto in a open air casting with the YOUNG CASTING 2020 for singers, trappers, band, songwriters that want to partecipate at the Radio Birikina andRadio Bella&Monella tour from the next June to September 2020 (Info 04237367 – festivalshow,it)

The “Venerdì Grasso“, 21st February, the HAPPY FRIDAY CARNIVAL EDITION will accommodate some shows and exhibitions in all the Mestre city center but, principally, the STRICTLY that make dance all the people.
The parking areas will be free in the city center during the Happy Friday from the 3pm.

3 exciting shows “Canzoni del Mare Salato”, “Le favole di Gianni Rodari” e “La Ballata di Galliano” will be presented at the Auditorium Cesare De Michelis of the M9, Sunday 16th, 23rd and tuesday 25th February at 6.30pm.
The M9 Cloister is one of the crucial point of the Mestre Carnival Street Show with the Arte di Strada programming from 16 to 19. After the Cloister will host the “Carnival Music Love”, a Dj Set that present the best music from the ’70 years.

Won’t miss the DONKEY FLIGHT, Sunday 23 febbraio, wit an incredible music performance of the PopChords and the spectacular flying donkey of the ElementzArt, at 11.30 in Piazza Ferretto.
A no-limit ARTE E SPETTACOLI DIFFUSI programming, with funny parades and animations around the city and exhibitions around Largo Divisione Julia, Piazzetta Battisti, Corte Legrenzi, Via Poerio, Chiostro M9, Auditorium Cesare de Michelis and Via Palazzo. 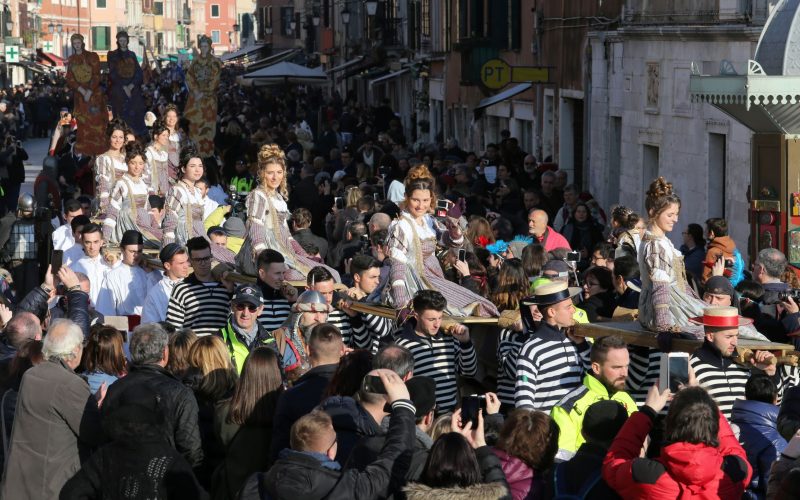 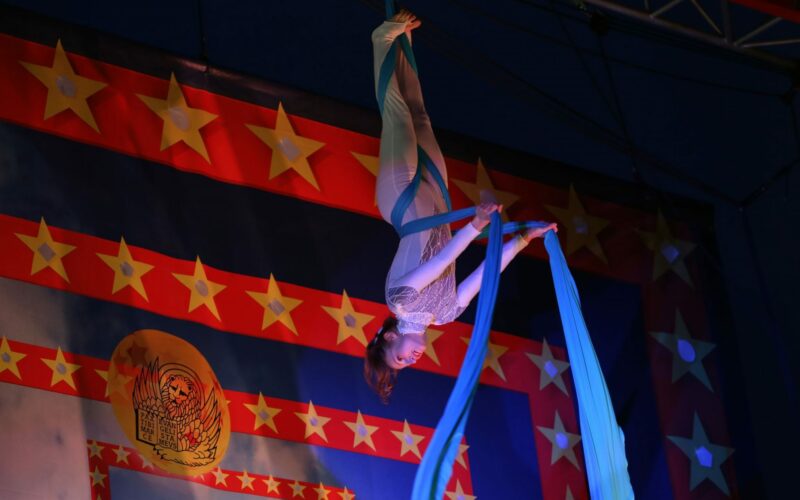 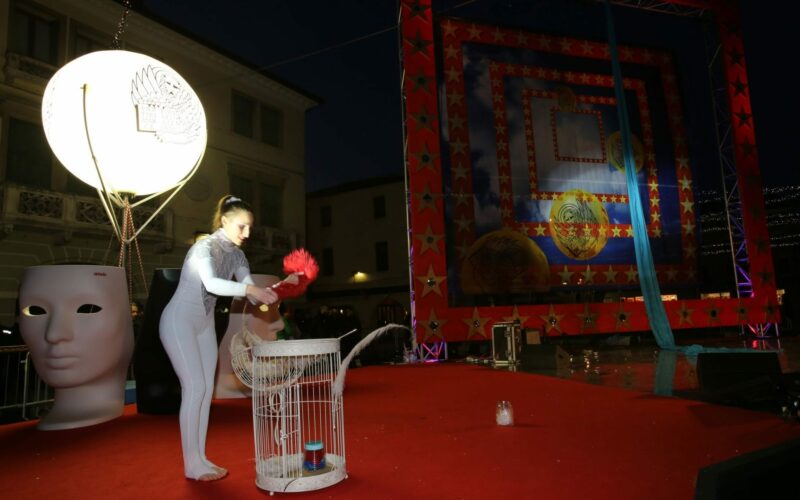 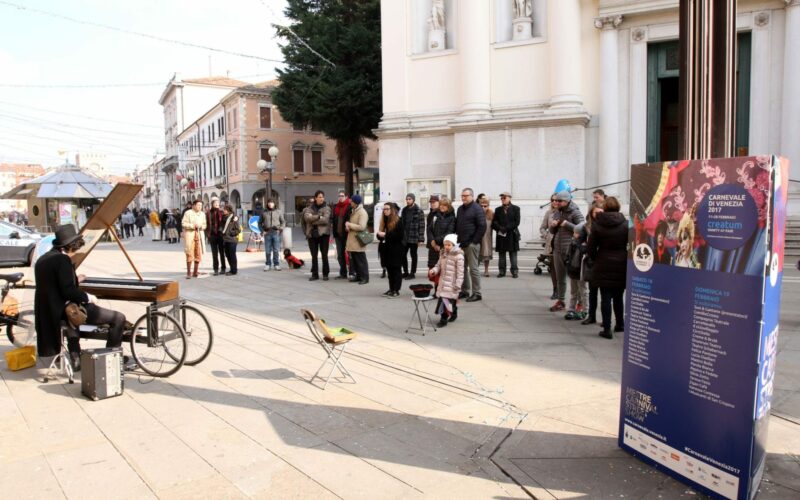 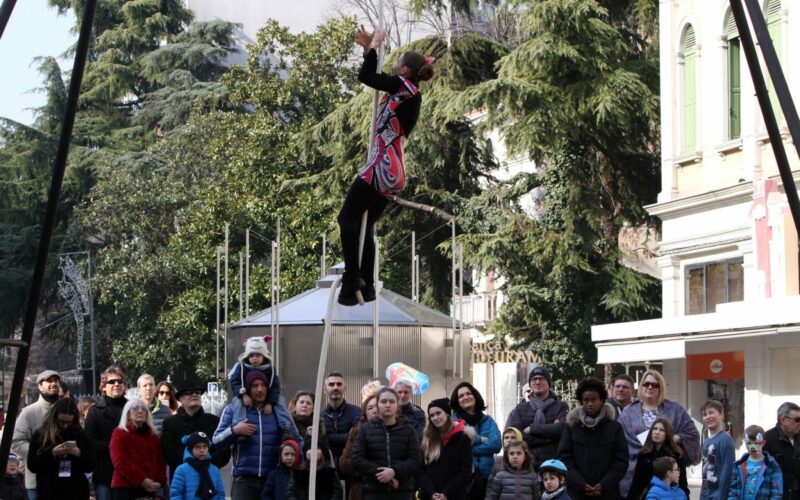 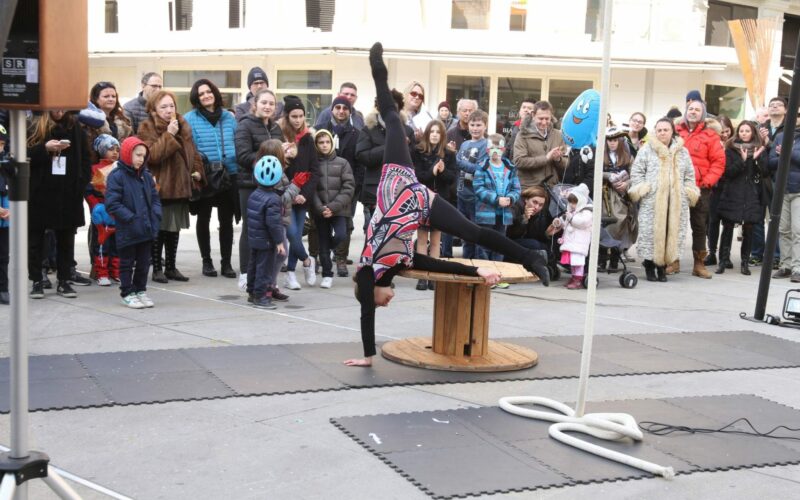