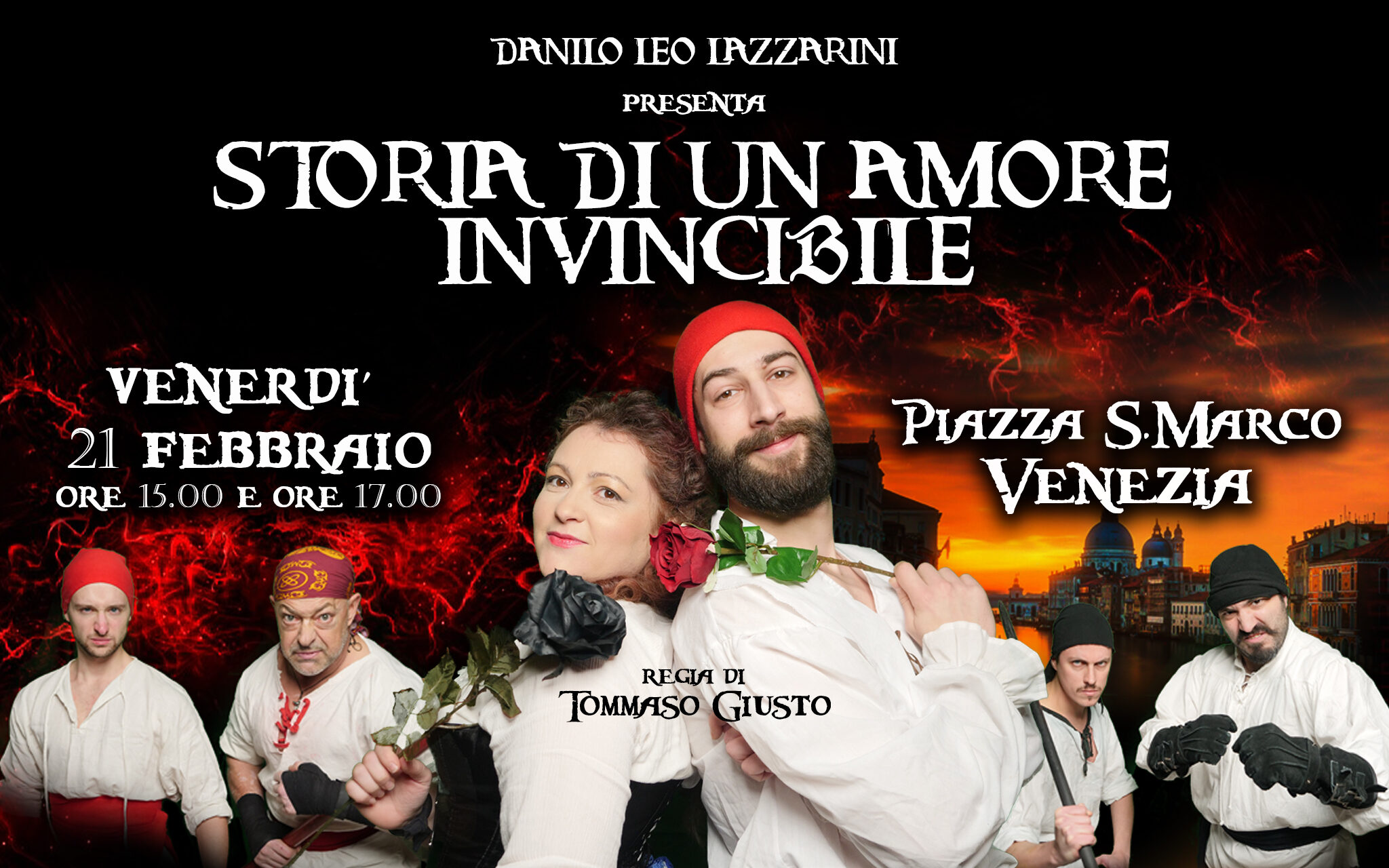 A Story of an Invincible Love

Once upon a time, there was a beautiful land, with small islands and a romantic lagoon: VENICE. In this land, two city was fighting to dominate: HERACLIA (Eraclea) and EQUILIUM (Jesolo).

There was two different sides. The Nicolotti, fighting for Equilium, dressed in black, and the Castellani, with a red hat and fighting for Heraclia. During a war against a particular enemy, they fight for defend Venice in the name of San Marco, but during a peaceful period they tryed to gain dominion.

It’s a story of power, but also a love story: Nineta Nicolotta falled in love with Sebastiàn Castellano. We know that they met just a few time because they was scared by their family but their love was so strong that nothing could destroied it. During this terribles fights, Nineta and Sebastiàn have to make a difficoult choice: follow their love or fight for the city and keep hight the honor of their families. They choose to love the city and to stop their passion.