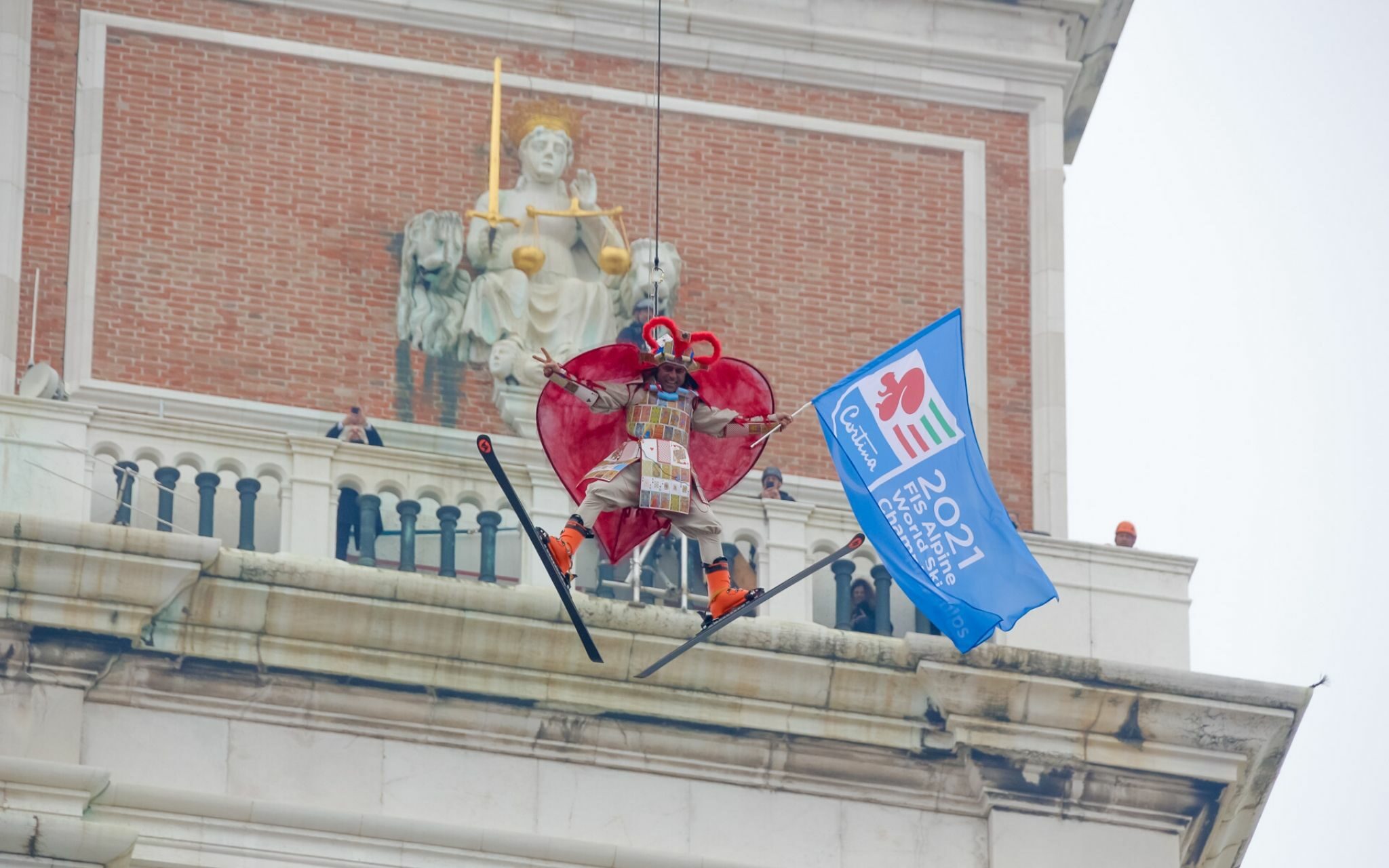 The downhill champion will fly over San Marco Square recalling his memorable 140km/h split on the final schuss in Kitzbuhel in 2004. Cristina Chiabotto will be waiting on the stage for him, who has already been the godmother of the event in 2006. Red Bull is a partner of the Flight the Eagle.

Kristian Ghedina will be the protagonist of the Flight of the Eagle in 2020. The Italian champion, who won the most victories in the 90s in the downhill skying World Cup, on Sunday February 23rd at 12.00 will fly from San Marco Bell Tower on the stage in the square for the traditional event, which saw as Eagles before him other sportives such as Giusy Versace (2015), Carolina Kostner (2014), Francesca Piccinini (2013), Fabrizia d’Ottavio (2012).

The downhill racer from Cortina D’Ampezzo, will wear a suit designed by the Atelier Pietro Longhi and will drop from the bell tower waving the flag of the next Alpine Ski World Championships 2021, of which he is Ambassador – the great event will be held in Cortina and it will precede 2026 Olympics. He will interpret an original version of “downhill skying” not in the snow but “in the air”, surrounded by the background of the most beautiful square in the world, recalling one of his most memorable achievements, the “mad” split at 140km/h on the final schuss of Kitzbuhel in 2004, the historic Austrian race sponsored by Red Bull that always “gives wings” to the talents of the sports world. The brand, for the fourth consecutive year, is the main partner of Venice Carnival.

Also this year the Flight of the Eagle wants to be a recognition to the world of sport, its values ​​and its profound educational meaning, but also a message of support for the 2021 Alpine Ski World Championships and the Winter Olympics which will be held from 6 to 22 February 2026 in Milan and Cortina.

Before the flight, the masks of the Historical C.E.R.S. Parades, coordinated by Massimo Andreoli, will parade. In the afternoon, starting at 15.30, the grand finale of the most beautiful mask contest.

To attend the show, we  recommend you arrive well ahead of time. We advise against the more crowded areas to those who have reduced mobility or use wheelchairs or pushchairs, etc. One-way routes may be set up or other modifications made to pedestrian traffic.

At the end of the parade we invite you to move away in order to allow other people to attend the next show. 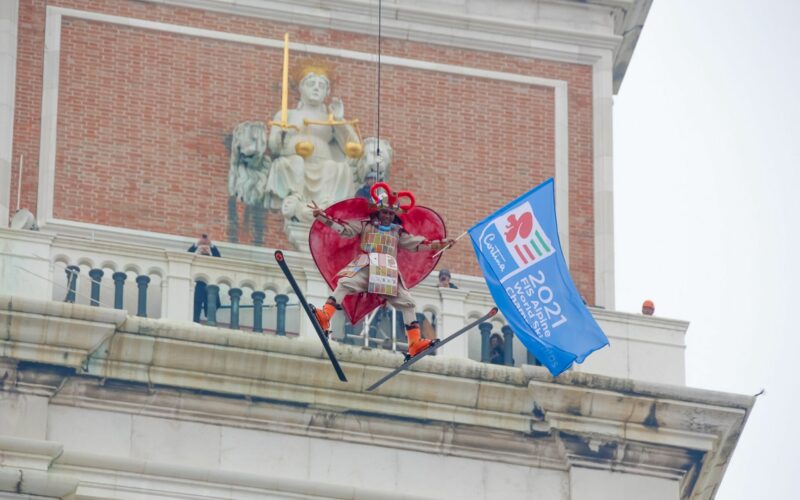 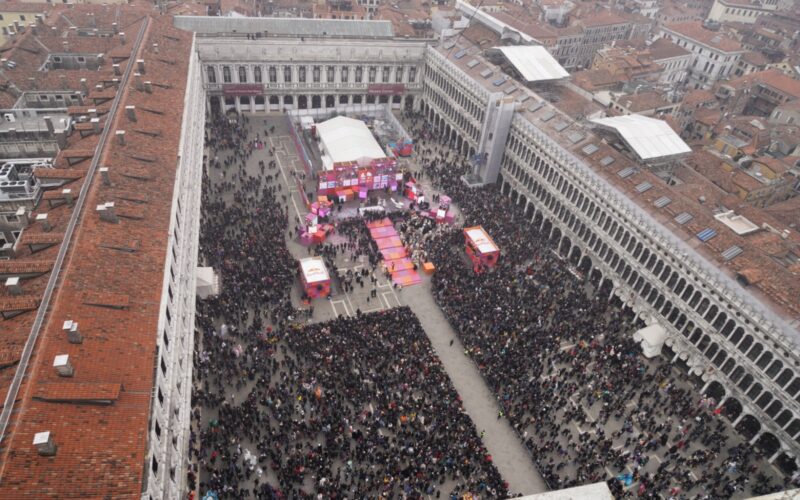 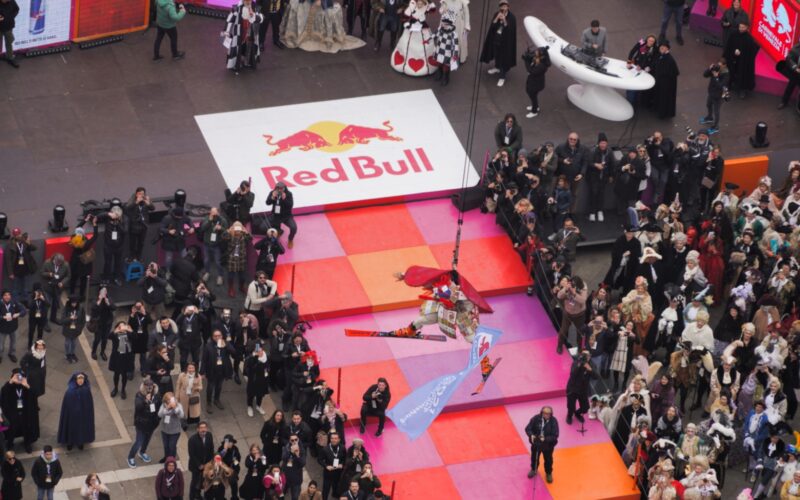 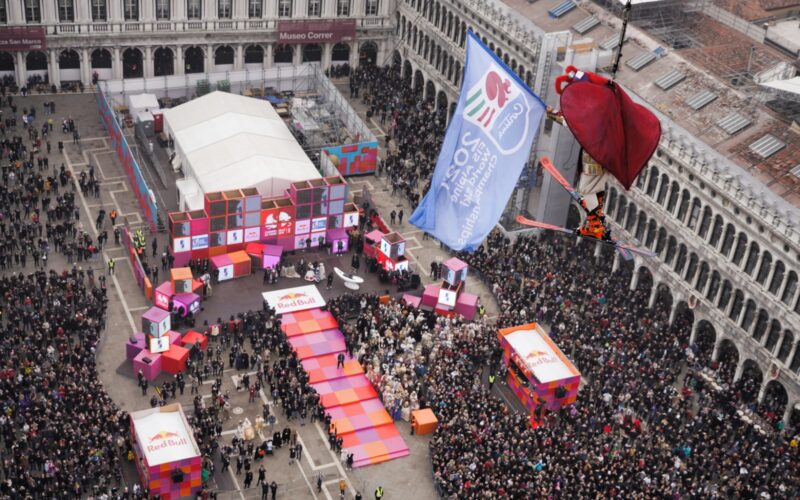 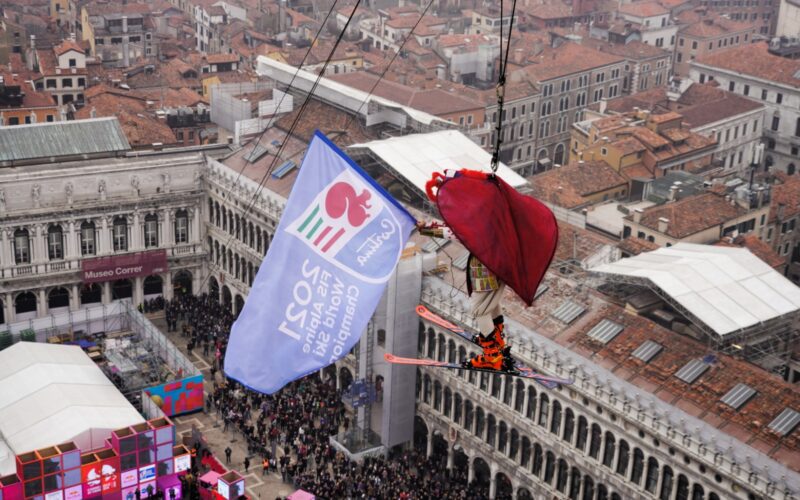 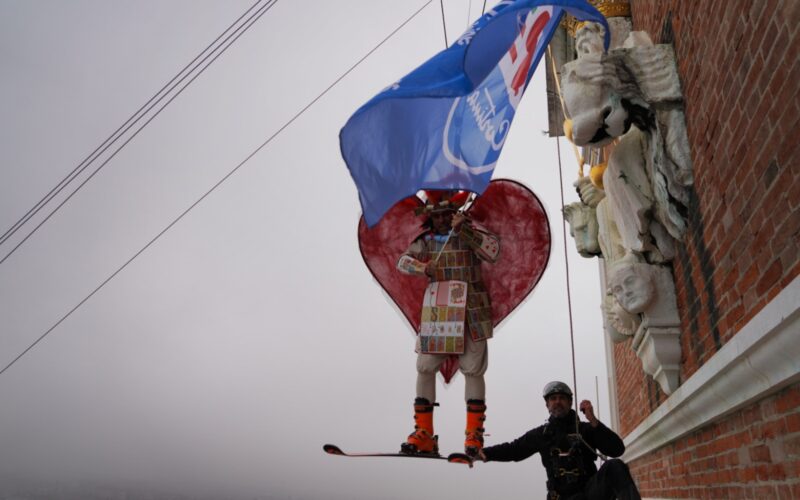 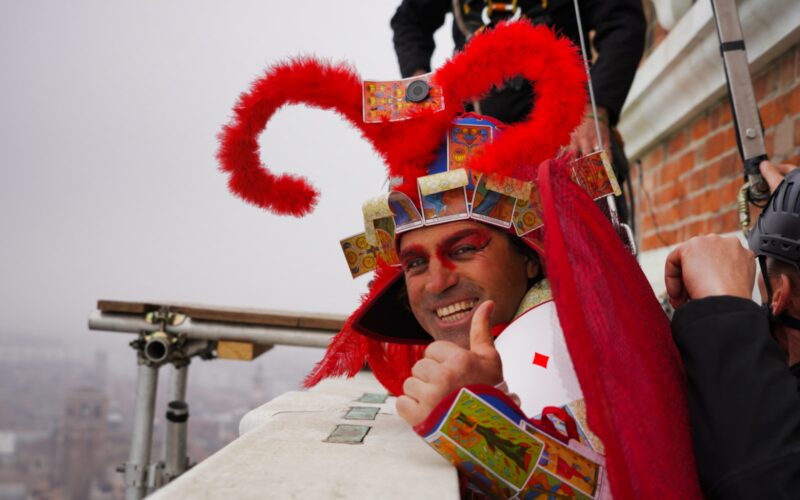