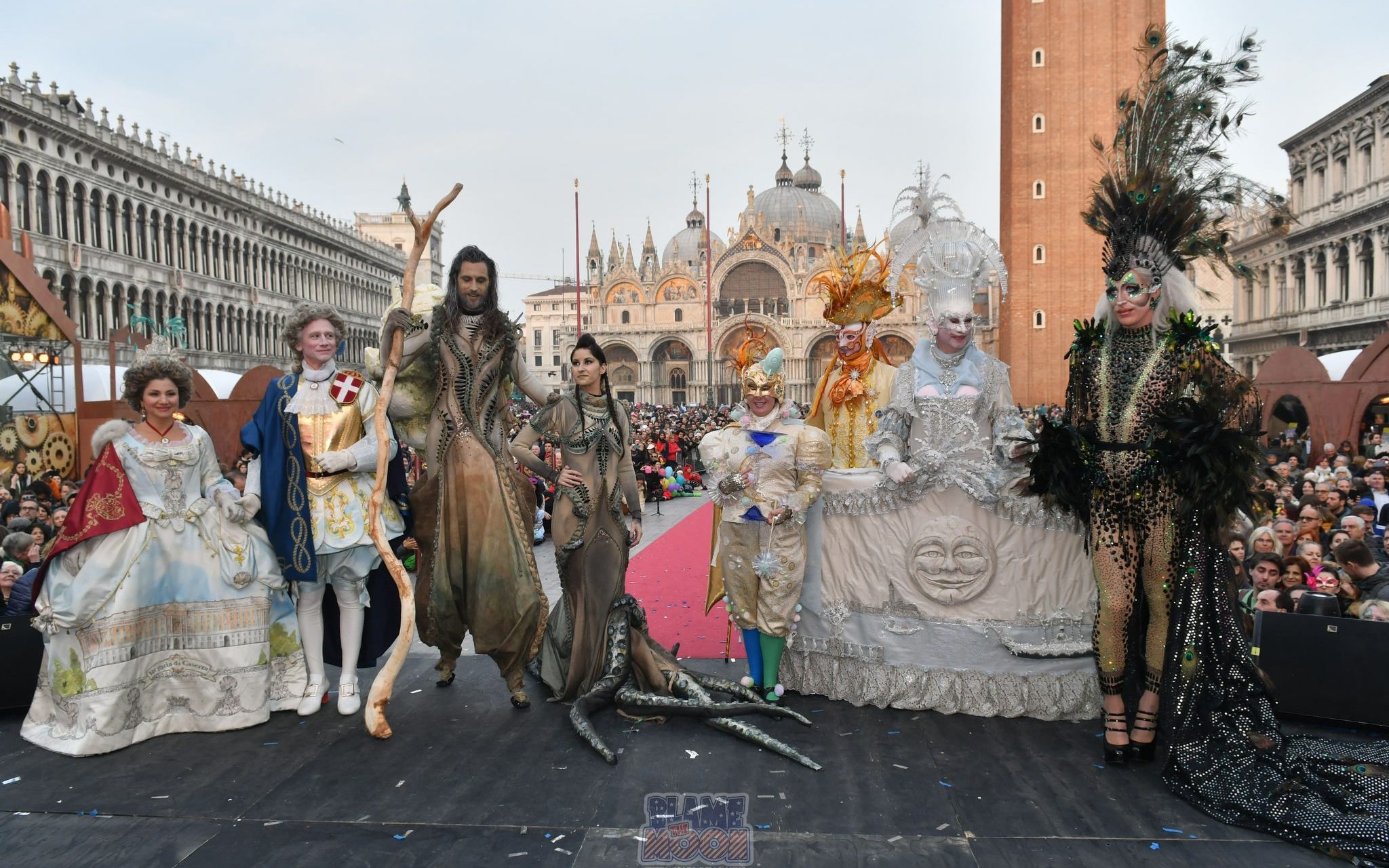 The finalists of all maches of the previous days go on  stage at Piazza San Marco.

A selected jury will decide the best mask of the Carnival of Venice 2020. In the previous edition, the group “I bambini della luce/ Children of light”, from Bielefeld, Germany wore a costume created by Hors Raack in one year of work.

As regard the section “more traditional mask” this year won “Matrimonio all’Italiana”, played by two people from Naples of the Association “Borboni si nasce”.

The most original mask was that of two “The hermit crabs“, interpreted by two participants from Cremona.

Face off then the best creations that paraded onstage during the previous days.

The last two competitions will be on Monday,  February 24 devoted to children and on February 25.