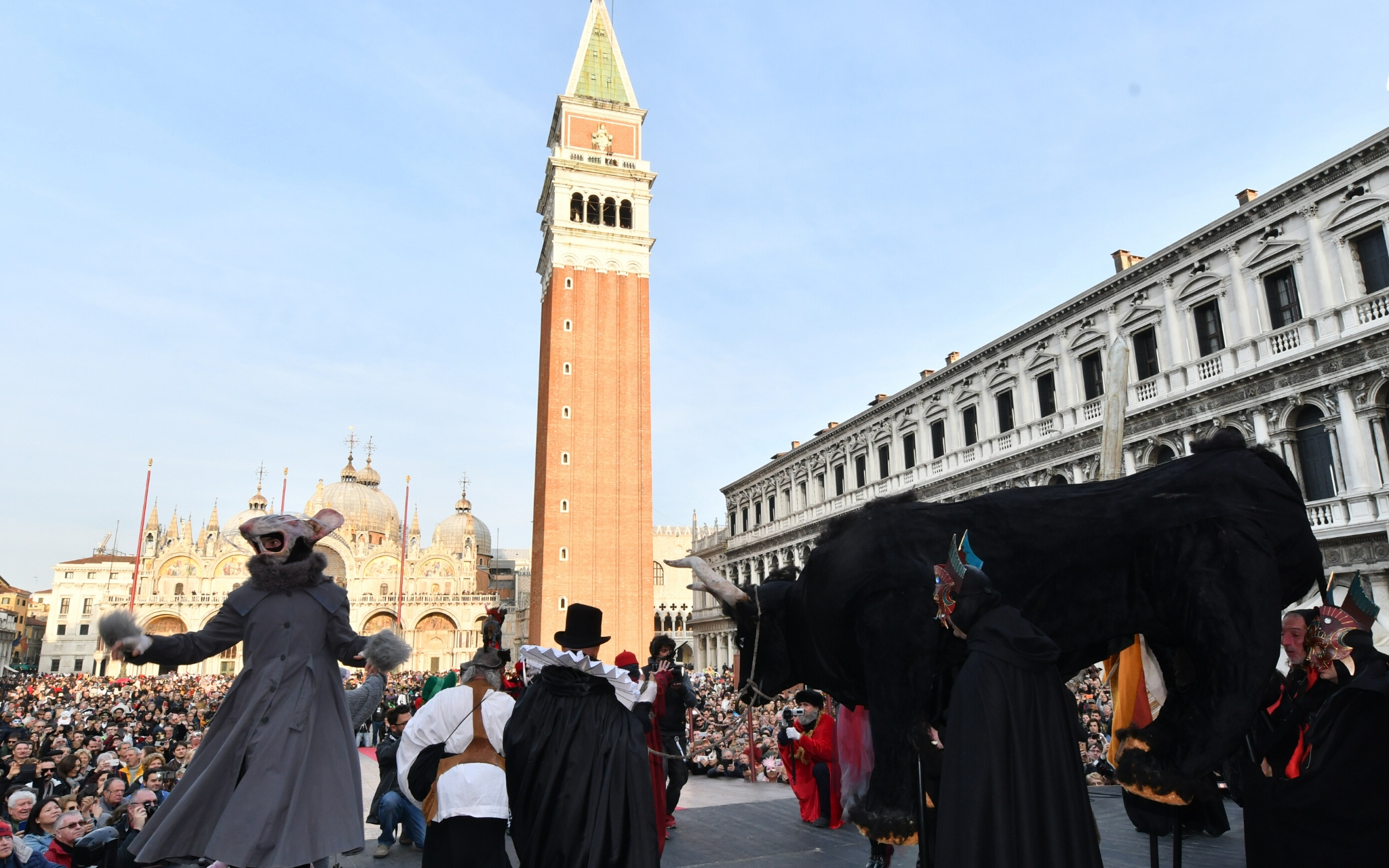 “Giovedì Grasso” Celebration
The cultural association “L’Arte dei Mascareri” organizes and promotes the fourth edition of the Ballad of the Masks.
This will be an interpretation of the legend of “Giovedì Grasso” of the year 1162, the day of the celebration of the victory upon the Patriarch Ulrico of Aquileia and his twelve rebel lords. To remember the attempting rebellion, every year the successors of Ulrico must send to the Doge of Venice a bull, twelve breads and twelve pigs. The bull is a symbol for the Patriarch and the pigs for the lords. They were shown to the people in the square, mocked and then the bull was beheaded. This is the origin of the Venetian proverb “To cut the bull’s head” (Tagliar la testa al toro). Then the animals were butchered and cooked, and all the Venetians could eat their meat.
“L’Arte dei Mascareri” invite you to participate, possibly dressed up with a traditional artisanal mask.