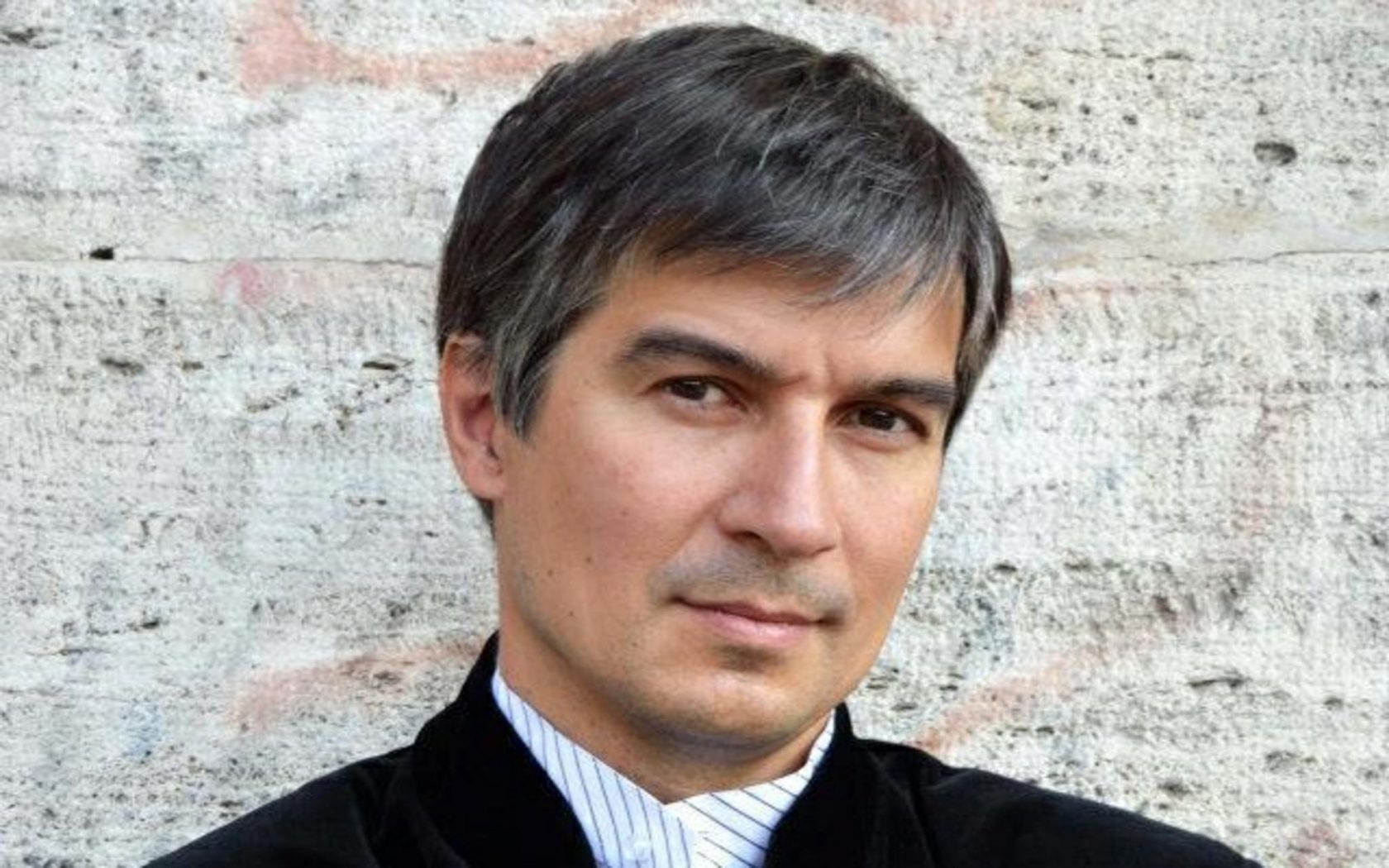 Venezodiaco: Alberto Toso Fei explained the bonds between Venice and the stars

On February 20th in the Piovego Hall of Palazzo Ducale about 150 people gathered to listen to the conference Venezodiaco, led by the writer and expert of Venetian History Alberto Toso Fei.

The location was offered by the architecture Emanuela Carpani, superintendent of Venice Cultural Heritage, and the event was part of Carnevale 2019, whose organization was represented by Piero Rosa Salva, president of Vela.

The theme of the meeting is linked to the one chosen for this year Carnival, the Moon. Toso Fei in his story started with the origins of Venice, founded in a positive conjuction according to the antique historians. Then Toso Fei’s words made the audience ideally visit the star-style incisions that we can see on the most famous palaces and monuments of Venice, especially in St. Mark Square, and that represent the zodiac signs, the planets, the old pagan goddesses or even the Virgin Mary.
He also told some legends with stars as main characters, like the one that explains the origin of the name Ponte de le maravegie, “Bridge of Wonders”. As a matter of fact, like all the venetian toponymy, reading the name of a calle or a campo is a way to discover a part of the city history.

The lecture concluded with some details of the hall, which was the place that hosted the bodies of the dogaresse (Doges’ wives) for a few days when they passed away. And it was also the place where Doges destroyed some small models of castels, every year for Carnival, to keep in mind the attack of some cities in Friuli that wanted to release from the Venetian influence, but ended up to pay a tribut to Venice every year to atone for their faults. A ceremony that Toso Fei wanted to propose again to start in the best way the cultural programme of Carnevale 2019! 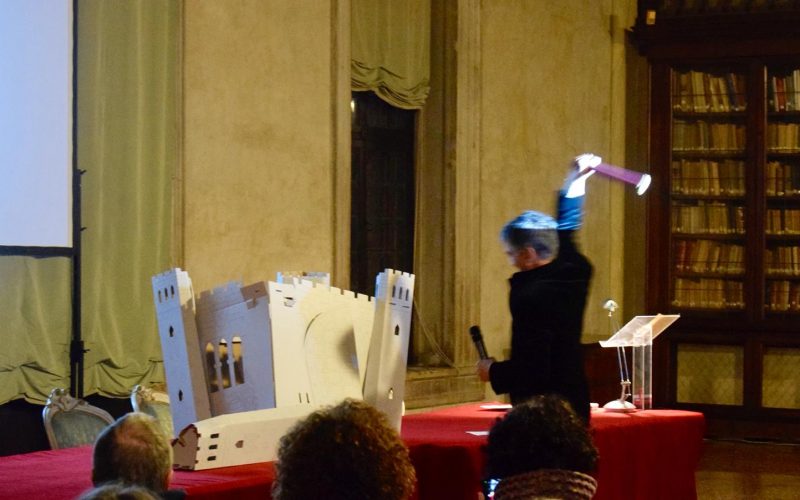 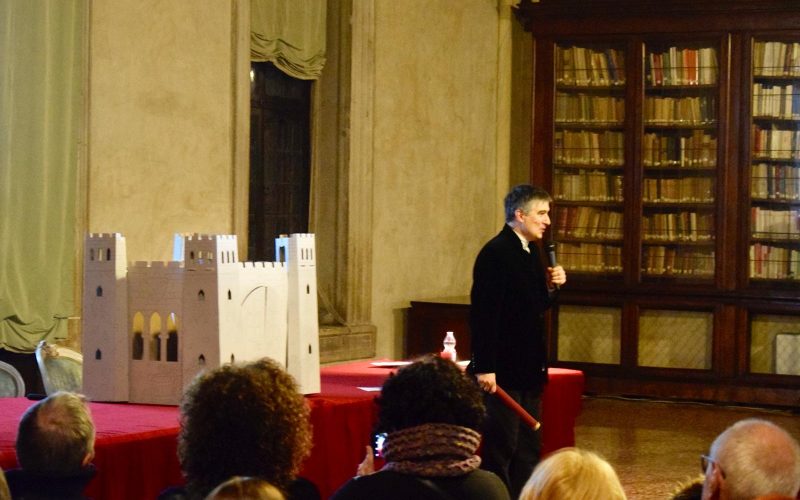 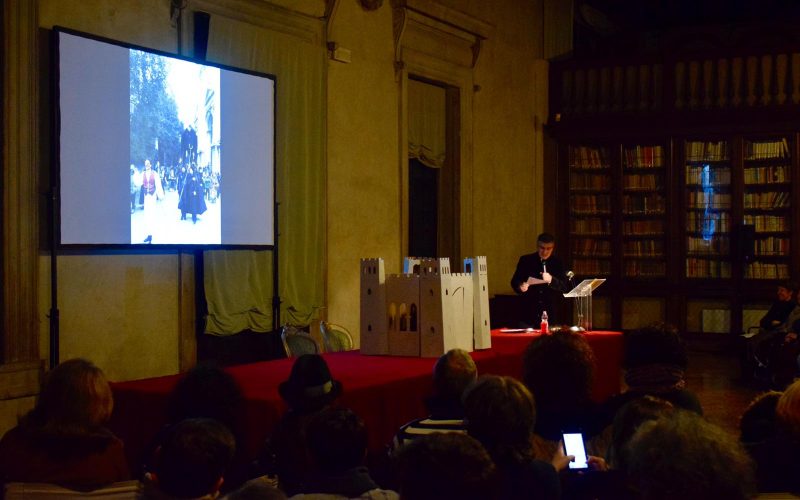 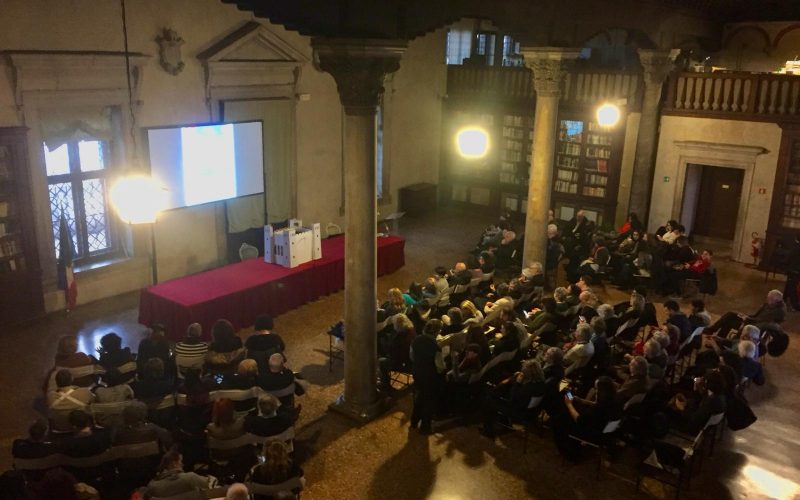 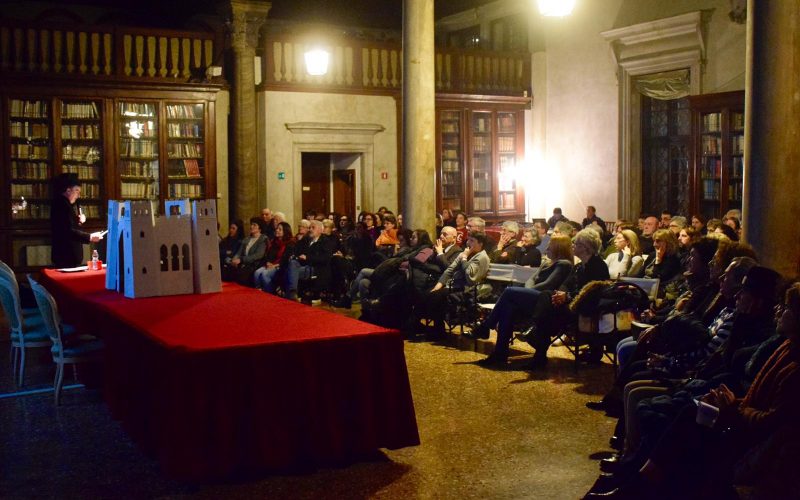 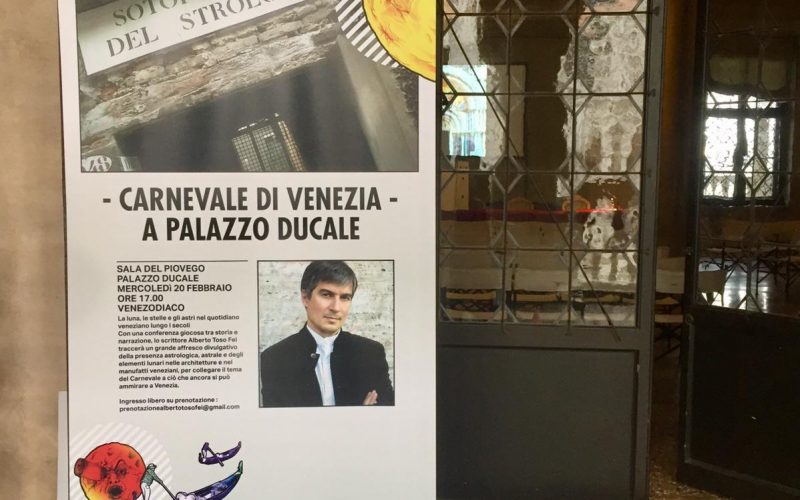 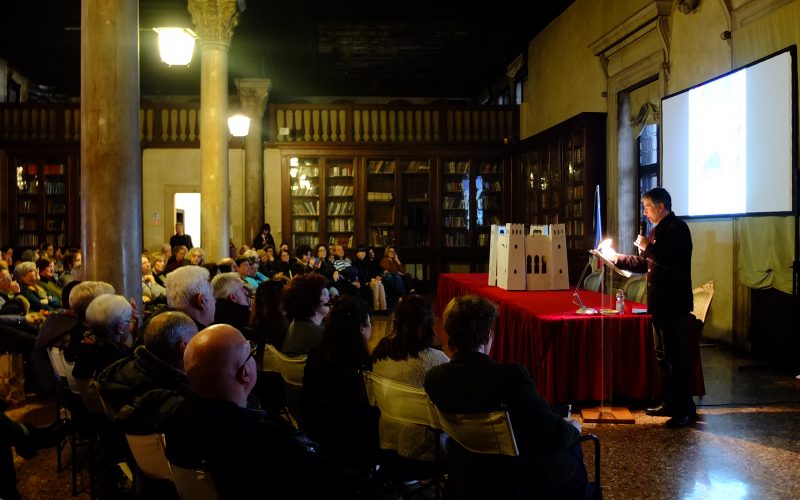