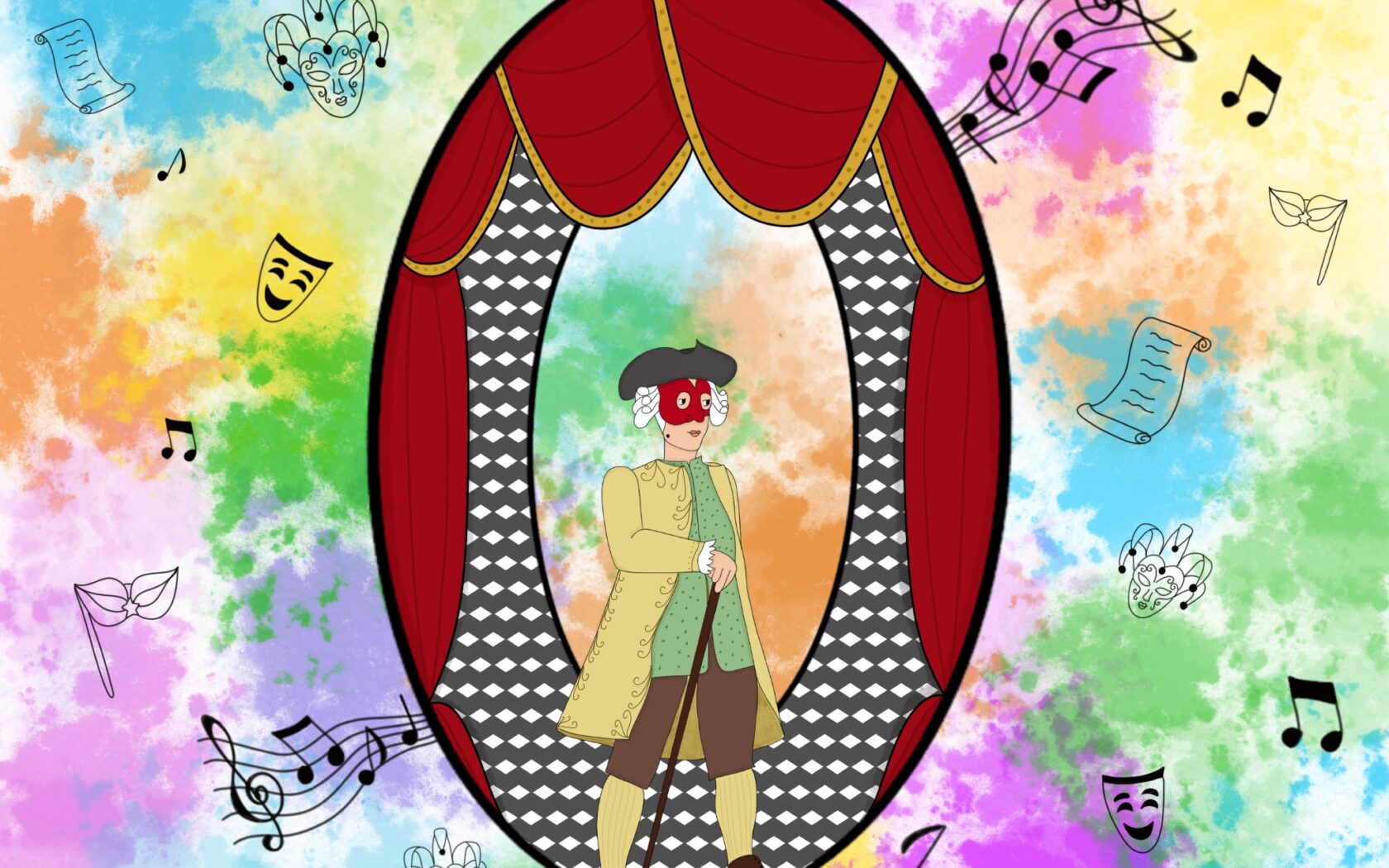 ‘The gambler’ or rather ‘Game, Love, Folly’

‘The gambler’ or rather ‘Game, Love, Folly’

Finally it’s coming! In the last week together we explored game, love and folly passing trough the pages of books and through the features of their characters which, now we know it, are nothing more than our representation. We understood that matters in life never have a single meaning and not always what shows us externally gives us the real meaning of what stays inside.

We also made a great travel (this too is the power of literature and fantasy). We’ve been in Spain and France, in Persia, in Wonderland and the Fairies’ kingdom.

But today we are compelled to say each goodbye. And we are compelled to do it here, in Venice, where everything is happening. And in Venice we can speak only about one person, only about an author, only about an always beloved citizen. We greet his statue before when we pass before it. We can find his character everywhere exactly because his peculiarity was taking every days’ life scenes and putting them on the theatre’s stage, included their language, which thanks to him is know all over the world. We are obviously talking about Carlo Goldoni (1707-1793), father of the modern Italian theatre.

He wrote tens of comedies during his career but we’re going to talk only about one, one among those less famous, but certainly undervalued: ‘The gambler(1750). Story setted in Goldoni’s Venice, in the eighteenth century, and wrote in Venetian dialect.

Young Florindo has a the obsessive habit of gambling. He wins much, but he loses much more. But he still has the love of his future wife, Rosaura, and of his lover, Beatrice. But his obsession push him to gamble more and more and, naively, he gets ‘in the web’ of three players that cheating begin to take from him everything. This just makes him more addicted, changing him completely. Rosaura and Beatrice abandon him, his debts makes him risk his life and to go in jail and the only option left seems to be marrying Gandolfa, rich, old and an unbearable woman. Pantalon de’ Bisognosi, father of Rosaura and brother of Gandolfa, will save him thanks to his ability. The end

We’ve been using the last week to think about how folly and game, which normally bring with them an improper meaning for the majority of the people, not necessarily must be negative. But in this case Goldoni, which himself talked in different ways about these topics, leaves no doubts and about this arguments speaks harshly, underlining the worst potential. Florindo is not playing a game which makes him fly, which makes his fantasy take off or which improves his life, stimulating his intellect. He’s completely giving up on choosing and entrusts his life in chance. Florindo’s madness is not genuine, is not that nutty feature peculiar of everybody us, nor that madness which is at the end understanding the world better than anybody else. Is an insane obsession, which conscientiously makes him choose gambling instead of love , renouncing to the eternal driving force of universe in favour of dices and cards.

Choose very carefully what you want to do. Play with life, mix up pieces, build up castles with the opportunities’ bricks that every day life gives us. Be mad. Mad for love, mad for life, mad because you don’t want to rest on the valley but instead you want to reach the peak. Our own existence became a folly in the moment in which men abandoned a basic animal instinct and started believing in happiness, sadness, love. Our own life is the greatest game we will ever have the opportunity to play. We will cry, laugh, love, we will live and die, but we will never choose not to play. And please. Never stop looking for love. Love is at the same time folly and game, the rules of which are indelibly written in every piece of our body; on our skin, on our organs, in our heart, in our brain, in every single thought and every single movement of our life.

So the only thing left to do is to say each other goodbye, and to this humble narrator can only greet to you all a good Venice Carnival!